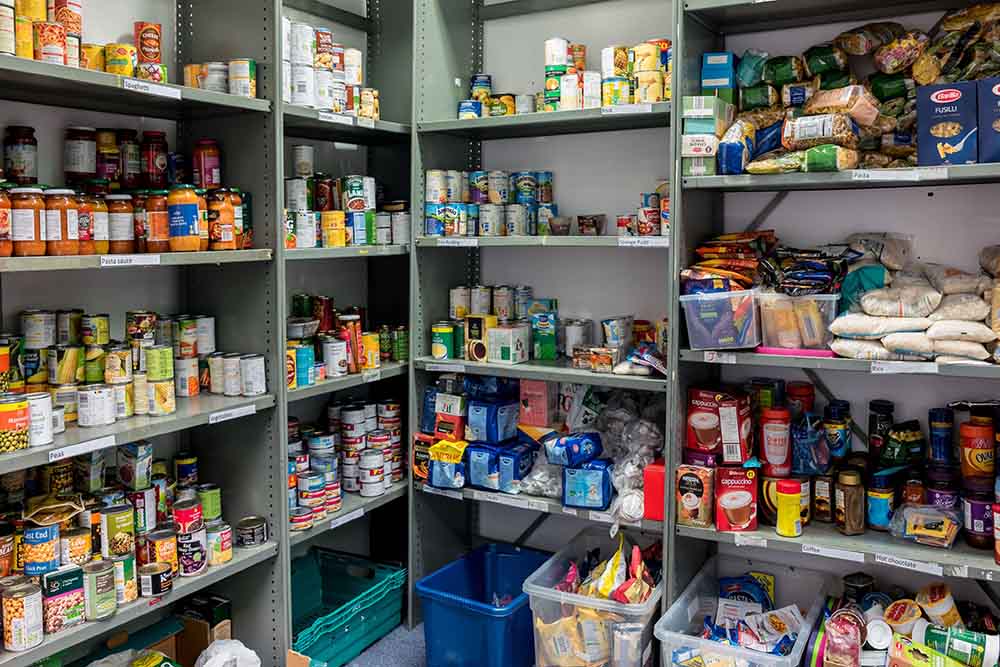 Food banks in the Trussell Trust network have provided over 2.1 million parcels between 1 April 2021 and 31 March 2022. The charity has released new figures, revealing a 14% increase in food parcels compared to the same period in 2019/20 – before the pandemic.

It is the first time food banks in the Trussell Trust’s network have provided more than two million parcels, outside of 2020/21, at the height of the pandemic.

The Trust experienced their busiest winter outside of 2020 at the height of the pandemic, providing 1.2 million parcels in the second half of the year alone (from October to the end of March). That is more parcels than were provided for the whole year of 2016/17, just five years ago.

The charity says it’s witnessing an accelerating crisis across the UK –  as more and more people are unable to afford the absolute essentials needed to eat, stay warm, dry and clean.

Food bank managers are also now warning of an accelerating crisis across the UK following the cut to Universal Credit uplift and the rising cost of living.

One food bank manager said: “The people who come in are telling me they’re scared. People are beside themselves about what the next six months will bring.”

Emma Revie, chief executive of the Trussell Trust, said: “People are telling us they’re skipping meals so they can feed their children. That they are turning off essential appliances so they can afford internet access for their kids to do their homework.

“How can this be right in a society like ours? And yet food banks in our network tell us this is only set to get worse as their communities are pushed deeper into financial hardship. No one’s income should fall so dangerously low that they cannot afford to stay fed, warm and dry.

“By failing to make benefits payments realistic for the times we face, the government now risks turning the cost of living crisis into a national emergency.”

As well as the Trussell Trust network of food banks, the Independent Food Aid Network (IFAN) has identified at least 1,172 independent food banks while there are also Salvation Army food banks as well as food banks run from schools and some universities and hospitals. There are also thousands of other food aid providers including soup kitchens and social supermarkets.